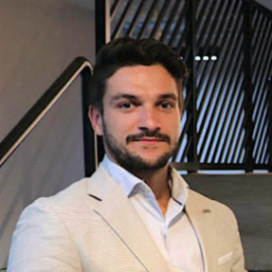 During the last week, I’ve had the immense honour to join a cross-channel initiative that helps the UK and French startups seek international expansion, partnerships, and cross-border collaboration and represent the Global Tech Advocates community.

The initiative is led by London & Partners – the business growth and destination agency for London and one of the founding organisations of London Tech Week. In an act of defiance to the aftermaths of the Brexit and Covid and a return to a new, more inclusive, normal – some of the best startups joined the trade mission and the total attendees of London Tech Week exceeded 20,000 people. 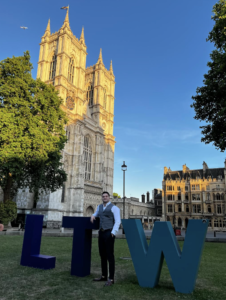 The first part of the trade mission involved the arrival of 12 startups from Paris to London Tech Week (LTW). We received them for a heartly welcome in the newly renovated St Pancras Renaissance Hotel at their arrival on Sunday (12th June) before LTW started. It was a great opportunity to meet them and get to know personally Guy Birenbaum of Smart Global Solutions (risk management), Thomas Girard of Bloomflow (collaborative innovation) and Frederic Bruneau of Foxy Nerds (social influence marketplace).

London Tech Week opened on Monday, 13th June, with a bang! Despite the economic turmoil, London has ranked second best startup tech hub in the world after Silicon Valley. Locally, there are at least 80 unicorns and the capital’s startup ecosystem is valued at $314 billion, based on the 2022 Global Startup Ecosystem Report. I spent the day with Singapore’s EDB program where the talks focused on Web3 in the music industry, market expansion to Singapore as a launchpad for South-East Asia, and a talk on a carbon-neutral future from the perspective of Measure Energy (NetZero startup), Rolls-Royce and Microsoft.

At the end of the day, we attended the International Delegation Evening reception, hosted by Globalization Partners. According to Mayor of London Sadiq Khan, at the reception – London is the undisputed tech and innovation capital of Europe with its diversity and vibrancy. Personally, I’ve met with more than 20 representatives of different countries exchanging views spanning from cultural differences of ecosystems, the latest on tech development, the London tech landscape, and how it compares to Europe and APAC. EDB Singapore’s session at LTW was also impressed with an NFT expo in which proceeds were going to charity.

On Tuesday, I focused on 2 main events: Building partnerships in APAC and securing your first deal in the region, and organising one of LTW’s fringe events for AI Asia Club  – Leap & Lead AI Innovation landscape in Asia. I strongly believe in the opportunities that Asia presents to startups and scaleups as the region thrives on innovation and fast technology adoption. Bo Gao’s fringe event was opened by Russ Shaw, highlighting the importance of cross-regional collaboration for innovation. Bo’s presentation showed that historically advanced AI use cases are not something that the region lacks and governments promote AI strategies as national efforts to stay ahead of the curve. I closed the event with a brief introduction on data management and data quality as an important building block toward building AI systems.

My focus of attention was on Web3, metaverse, blockchain, and AI developments. Stopping at the Augmented Reality booth from Microsoft gave me a view of what it would be like to do some basic electrical switch replacement at home in the future. Teams calls would feel more integrated with our environment as the screens and video will be a pop-up on our AR interface. It was very insightful to hear business and tech leaders picture what the future holds for those technologies and concepts. The importance of diversity, inclusiveness, and sustainability was echoed in every discussion, together with the caution of the perils associated with these technologies. 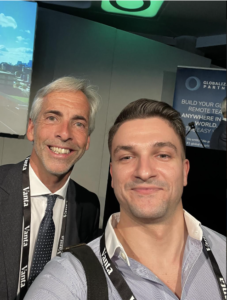