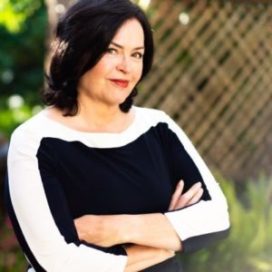 Insights into the campaigning work being conducted across the Bay Area to increase diversity in technology companies.

The challenge of integrating women – especially diverse women – into the tech industry is neither new nor easily resolved. Tech has long been known as a boy’s club and efforts to diversify the industry push up against immense cultural inertia. It has been well-documented the diversity among tech professionals provides tangible benefits to the culture of the industry. More glaringly, said diversity also improves the bottom line. Documented benefits of a diverse workforce in both the US and the UK include greater innovation, talent retention, improved customer service, increased productivity and revenue, and an improved team working environment. Yet in spite of tangible, measurable benefits to business and profitability, only 26% of computing-related jobs in tech are held by women (builtin.com). Even fewer can be found occupying positions in the C-Suite.

In 2019, San Jose State University formed the Human Rights Institute (HRI). The HRI created an index designed to measure white supremacy and income/wealth inequality in Santa Clara County. Aptly named the Silicon Valley Pain Index, this metric paints a picture of a series of no-win situations for women, black and indigenous people of color (BIPOC), which includes the exorbitant cost of living, the erratic nature of the STEM education curriculum, and a correspondingly very small percentage of women and BIPOC holding down positions in tech. It goes without saying that these minimal percentages shrink even further once you look at the executive suite.

Historically, STEM education fails when it comes to women and BIPOC. To this day, many industries are coded as being more appropriate for one sex over the other and from an early age, males are guided one way and females another. Young students – especially young women – are not always encouraged to explore STEM studies. A more robust introduction to STEM in early childhood will set the stage for opportunities in high school and beyond. Students with a solid mathematical and scientific foundation are more likely to recognise and take advantage of the many career paths in tech.

Awareness of this equality gap has grown by leaps and bounds and has led to some efforts at achieving structural change. Black Lives Matter goals include providing equity in STEM education and STEM careers to increase the number of Black tech workers and entrepreneurs.  Excellent examples of leveling the playing field include the life work of Freada and Mitch Kapor, who continue to invest in STEM education and careers in marginalized Oakland CA.

These efforts have begun to bear fruit. builtin.com recently noted an increasing number of entrepreneurial women. 40% of US businesses are owned by women and 64% of new women-owned businesses have been started by women of color. Within existing businesses, we’re also seeing efforts to change. Diversity, Equity, and Inclusion (DEI) officers campaign for women and BIPOC persons in the workplace. Following the death of George Floyd and several other high-profile injustices against BIPOC, there has been a marked and encouraging rise in the number of companies employing DEI officers. Sheryl Sandberg, of Facebook and Leanin.org, includes her DEI officer Maxine Williams in all C-level meetings. Dedicated to increasing diversity and equity throughout the business world, she believes all companies should feature greater diversity in the executive suite (Bloomberg 2021 Equality Summit).

diversitybestpractices.com created an Inclusion Index to track and highlight entities at the vanguard of increasing diversity in business. Every business on the index is laudable, not only for making diversity and inclusion a corporate priority, but also for being transparent with their efforts. A quick glance at the top 10% of the 2020 index reveals a strong showing from the tech sector with appearances by such stalwarts as IBM, Boston Scientific, Abbott, and Johnson & Johnson.

Success stories, gleaned from other sources, include companies like Indiegogo. Indiegogo’s workforce is 50% female, aligning it with the US population as a whole. Apple and Amazon are currently tied for the highest representation of Latinx employees at 13% (compared to 18% of the US population). Amazon also claims the highest representation of African American employees at 21%, followed by Dell at 10%.

On the whole, achieving diversity, equity, and inclusion in the tech ecosphere remains a noble, but stubbornly intractable aspiration. The statistics – which are easy to find – paint a depressing picture, but the obvious efforts made by some of tech’s biggest players point toward a brighter tomorrow. We must come together as a community and advocate for the needed changes, both in the boardrooms and the classrooms, that will make tech more accessible to women and BIPOC and more productive for us all.