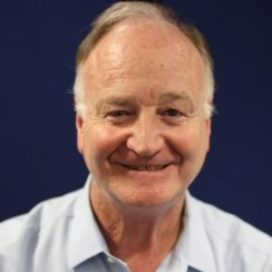 Insights from the events Tech Japan Advocates has hosted for investors to discuss increased collaboration between the UK and Japan, and outlining best practice for UK entrepreneurs to engage with Japanese investors.

It is said that developing a business relationship in Japan is among the most challenging, but that those relationships will last forever.

Tech Japan Advocates (www.techjapan-advocates.org) was founded in 2019 to connect technology startups and investors with innovation communities around the world. We do this in collaboration with the 18,000 members of Global Tech Advocates (www.globaltechadvocates.org) and other global innovation networks. TJA was launched by Tadashi Tamura and Nelson Skip Riddle who have worked together since the 1980s. Over 100 TJA members and advisors are supporting Japan’s innovators with mentoring and making connections to help them to grow, both domestically and internationally. Most recently, TJA helped to organise two Japan/UK investor video conferences that produced useful knowledge exchange and connections, already leading to collaborations in fintech and other sectors.

Japan is the world’s third largest market, representing about 10% of the world’s economy with 126 million people.

During the past 70 years, government-funded capitalism created a sustainable environment for Japanese industries to flourish. Japan also benefited from family-owned business conglomerates – bank-sponsored zaibatsus and industry-sponsored keiretsus. The focus evolved from machinery, including steel, shipbuilding and automotive, then leadership in electronics products – and the engineering and technology behind them. Computers and semi-conductors soon logically followed. Japanese companies could borrow money at very-low interest rates sponsored by the Government’s low-interest monetary policy, and this helped emerging companies to focus on business growth rather than profitability.

Toyota, Panasonic, Sharp, Nintendo and Toshiba among others benefited from these well-organized cliques. STEM-based university education and scientific research funding have also produced a steady stream of innovations during the past 70 years.

The Market for Technology Innovation in Japan

Japan has become an innovation powerhouse. Today, 25% of the world’s high-tech products are made in Japan, while many of the recent global technology revolutions started in Japan.

Japan is also adopting advanced technologies from other countries to transform its industries and social mobility, as it endeavors to reduce trade barriers and red tape. For example, Revolut, a UK company, considers Japan one of its most important markets. Its economic power is producing substantial investment vehicles such as Softbank and several corporate venture capital funds (CVCs) to underwrite innovations and international expansion.

Japan’s startup ecosystem is still nascent. While venture capital investment in the U.S. exceeded 100 billion U.S. dollars in 2019, domestic startups in Japan received only about 2 billion US dollars in venture capital. Traditionally, CVCs have been the main seed-funding source for start-ups, while big corporations relied primarily on in-house R&D and a focus on the “keiretsu” structures around them. Japan’s R&D spending is high, and its research population is extensive. But international liquidity is low.

In the past, Japan’s peculiar regulatory systems and lack of government financial support for independent innovation outside the industrial consortia undermined entrepreneurial enterprises. So, too, social norms mitigated against new, risky ventures. Traditionally, once you fail in Japan it is difficult to recover socially and in the business world.

So, if you still have an appetite for Japan, a few well-accepted guidelines:

Working closely with Global Tech Advocates, we intend to help others to learn more about this most interesting country and culture, and benefit from a lucrative, growing innovation community.