Making sense of IPOs: what London’s recent high-profile listings mean for the ecosystem 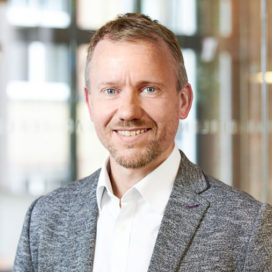 Analysis of the recent listings in London and insights into what they tell us about the state of London’s tech sector, its growing maturity and the health of its pipeline of future tech success stories.

We are as optimistic as ever on the UK’s ability to attract high quality entrepreneurs and long-term capital. Historically, London had been largely overlooked as a listing venue in favour of its overseas counterparts. When looking at the FTSE 100, the small number of home-grown technology champions shows an over dependence on “old” vs “new” industry. These realities, however, are shifting due to the recent dynamics in the public and private markets, and the changes in the institutional framework introduced by the UK government.

The first half of 2021 has been a strong period for IPOs across Europe with over 220 IPOs and €44bn raised. Companies choosing the London Stock Exchange as their listing venue have managed to raise approximately £10bn, or 23% of the total issuance, primarily driven by the technology, ecommerce and consumer sectors. Some of the more notable listings that have helped propel the LSE as the top European destination for primary offerings, followed by the Deutsche Borse, include the IPOs of Trustpilot, Darktrace and Deliveroo. The London Stock exchange is on track for its best year in over a decade.

Despite this, the need for more high-profile technology company inclusion in the FTSE 100 remains evident when comparing the performance of the index with more tech-heavy indices such as the S&P 500 and Nasdaq– a high single digit growth compared to near 20% YTD gains.  Interestingly, the IPOs of the companies mentioned above have all outperformed the FTSE 100 and at least 2 trends we have been monitoring reveal that investor interest in UK technology IPOs is at an all-time high. The first is a strong and increasing demand from US institutional investors – 30% of institutional investors in technology on London markets come from North America. The second – a strong and ongoing demand for UK technology IPOs from UK institutional investors, who currently comprise 56% of the investor base in technology and consumer internet firms.

One of the themes that we are closely monitoring are the recently proposed changes in Lord Hill’s review aimed at making the LSE a more attractive IPO destination for founder led businesses. The proposals, which have been in place in US exchanges for many years, include introducing dual share structures and lowering the minimum float requirements. Innovation and flexibility in that regard have been top of mind for companies in our portfolio. Therefore, the news of Wise’s direct listing, the first fintech business to bypass the traditional bookbuilding process with institutional investors, were very well received across the UK ecosystem.

The principles behind these changes have the potential to trickle down to the private markets, where London has been historically dominant. To this end, we see the recent review of R&D tax reliefs, the changes to employee management incentive share option scheme (EMI) as well as the Visa reforms as steps in the right direction. We believe these proposals are necessary for the UK to maintain its leading position. The technology sector is becoming more and more important for the UK economy, with a growing GVA contribution of 7% vs 2% a few years ago and approximately 3 million jobs in the technology economy, nearly as many as in construction and financial services combined.

All that said, the gap between the UK and other technology ecosystems is certainly becoming narrower, despite the UK’s “head start”. Factors such as remote first culture and hyper-local startup hubs centered around European universities have contributed to the rapid growth of startup ecosystems across Europe. Nevertheless, we remain optimistic on UK’s ability to innovate and push the boundaries further. The UK is ranked third in the world for investment into impact tech, with a 160% increase in investment since 2018, compared to 15% in the US. Furthermore, investments in UK deep technology companies rose by 17% in 2020, the highest in the world.

Looking ahead, the pipeline of unicorns originating from the UK has never been stronger. Perhaps more importantly, we are seeing technology companies’ worth tens of billions of pounds such as Revolut and Checkout.com, publicly announce London as their global headquarters and actively invest in the local ecosystem by working with incubators, universities and the public sector thus paving the way for the next generation of unicorns. This effect has become evident as the density of entrepreneurs who are starting companies in adjacent sectors has increased – this is following the successes and support of their prior companies, which include some of the most high-profile UK technology companies such as Deliveroo, Revolut, Blockchain.com and Wise.

We find the last point to be the most crucial in creating a healthy start-up ecosystem flywheel: prior successful outcomes help drive an ecosystem’s intellectual and human capital which then unlocks access to financial and institutional capital. To this end, the UK is well positioned to maintain and grow its position as a global leader in technology innovation.