Laws on screening of foreign investments are on the rise across the EU. How will this impact the Nordic investment climate? 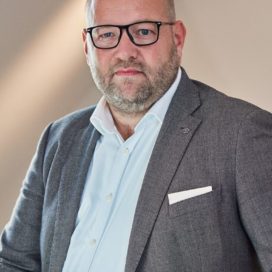 China has since it opened up its economy to the world maintained a strict control over who invested in what in China. The same has been the case for other new economies. At the other end of the spectrum the EU countries have for decades opened up their economies, to each other and the outside world. And none more than the Nordic countries that always tend to score high in “ease of doing business” and “open economy” surveys.

Following a long range of foreign investment into European infrastructure and technologies, both EU and the member states have now “woken up” and are increasingly looking to survey and decide who is allowed to get control over critical parts of society. Covid19 has only fueled this trend.

In 2019 the European Union took its first step towards creating a joint framework for foreign direct investment into the EU, asking member states to create systems locally that would create an overview of which critical sectors, technologies and infrastructure that foreign investors seek to invest in – and enable a discussion of whether such investments would have an adverse effect on national security or public order interests.

EU now also has initiated a process to set up rules restricting how foreign investors that have received state-aid may be prevented from using such “foreign state sponsorship” to acquire companies in critical sectors, technologies and infrastructure.

And we are seeing European countries starting to block unwanted foreign investment, perhaps most famously so far the French government’s announcement that Canadian Couche Tard’s contemplated take-over of French retail giant Carrefour was not in line with French national food supply chain security and the Norwegian government not allowing Rolls Royce to sell ship engine company Bergen Engines to a Russian controlled buyer.

Across the EU the member states are putting in place national legislation that, due to the lack of coordination at EU level, pops up in very different shapes in sizes. In the Nordics, Norway has long had a system where the acquisition of certain companies was subject to approval as well as the Norwegians has a right to “call in” cases for review – which it was it did in the Bergen Engines case and after that Norway might introduce stricter rules in a not too distant future. Sweden is also introducing new rules, likely before the end of December 2021. Finland introduced a law a few years ago, that however saw the area of what is deemed critical significantly expanded in the spring of 2020 after Covid19 struck.

On 1 September 2021 a new Danish FDI screening law came into effect, likely the most robust and restrictive regime yet introduced across the EU. Denmark has a very broad interpretation of what is deemed critical, very low thresholds for when “control shifts”, no lower monetary thresholds and applies its rules also to investments from within the EU. Within the critical sectors, technologies and infrastructure Denmark also wants to approve the setting up of subsidiaries of foreign investors and extends the type of agreements that the rules apply to for instance to certain long-term financing, outsourcing and leasing transactions as well as R&D joint ventures.

How will all of this impact the Nordic investment climate. Well, it is still early days, but certainly the emergence of FDI regimes will add a lot of complexity to cross-border investment transactions.

Since what the countries are trying to protect is their own national security and public order, then we are likely not going to see a coordination of what is perceived as critical sectors, technologies and infrastructure as well as the countries will look also on their own on what transactions they want to stop.

Buyers who are more likely to pass the test of being allowed to acquire an asset will become favored, which may cut down on the number of suitors for an asset and have an adverse impact on valuation.

For the start-ups that operate in critical sectors, technologies and infrastructure it means that they need to add to the timetable for securing funding, and potentially kick-off funding rounds earlier than before, which again may have a negative effect on deal terms.

On thing is certain: the world will become a little less globalized and open for business and the complexity in international investment transaction will increase when more and more countries adopting FDI screening laws – especially since this will also almost always be dynamic regulations in the sense that the countries will want to have freedom to expand what falls under the national interests. We saw that with Covid19 and will see it again when the next crisis hits.