Women in tech: making inroads, from the top down 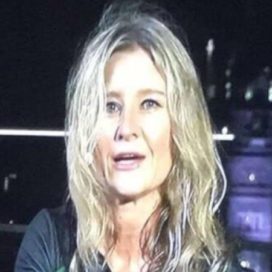 Tech Nordic Advocates (TNA) has made a major breakthrough in its efforts around women in tech, thanks to a concerted mindset change. Following years of events, initiatives and focuses based on a bottom-up approach, a timely synergy has been formed, inspired by Canada to ignite a reversal of the model, and a reversal of fortunes.

Canada’s Women Entrepreneurship Strategy and associated programmes were brought to TNA’s attention in 2020, as they showcased nascent but significant progress in their strive for greater gender equality in tech entrepreneurship. Canada was making traction by enacting, driving and funding tangible programmes from the top – from government, industry and enterprise. It was a stark contrast to the default grassroots approach of the Nordic countries.

Jeanette Carlsson, CEO of Tech Nordic Advocates, explained: “It seemed logical for so long to work from the bottom, up, as that was where the influence was needed. It’s why there was an approach of forming many small local networks, and running events (exclusively) for women founders.

“But upon learning more about the Canadian model, we realised just how insular it made that network, and how unlikely we were to drive change that way.”

Carlsson affirms that these grassroot  events and programmes became something of an echo chamber, rearticulating the same messages, and encouraging the same women to network, without including those we wanted to change and/or help us change the entrenched attitudes and unconscious bias of the largely male dominated ecosystem and decision makers. The cost is high: huge untapped (wasted) female talent, innovation, competitiveness, growth, jobs – and equality.

“How to start and grow a business, legal registration, business finance, communication, family-work balance, skills development, startup ecosystem awareness, personal branding, experience sharing and 1:1 mentoring are all now brought to the women tech founders on the programme by those who can help – women AND men, rather than just those around them in the same position,” Carlsson adds.

A global perspective, starting in Denmark

Acknowledgement of this better model was immediately converted into programme ideas, initiating in Denmark through TNA’s Women-in-Tech: Founder/Leader – International Mentoring Programme. Developed in conjunction with Industriens Fond, and through the establishment of critical partnerships with key stakeholders in and outside of Denmark – including KPMG, Magnusson and over 90 experts and partners across the Nordics, London, New York, Silicon Valley, Canada and beyond– it is formed of three strategic modules.

The first module – the international mentoring programme – began in February of this year, and consists of three cohorts of 20 women who are currently working their way through a carefully designed and structured 1:1 mentoring, skills development training, expert “office hours” events and international networking programme.

Jeanette Eis, Co-Founder of AttendWise, is part of Cohort 1. She said: “This is the most successful and useful programme that I have ever been part of. Without a doubt, the programme is there for our sake – to help us develop our business, and not a project for the sake of being a project.

The focus is on business development with respect to our different stages and with a vast pool of expertise to help us. You can tell that a lot of heart (and mind) is behind it.”

From Cohort 2, Vanessa Julia Carpenter, CEO and Design Director of Kintsugi Design, added: “The programme is a chance to be part of a movement to help women achieve their dreams. The international aspect of the programme, in particular, is vital to helping us bring our products to the world, and to have a global perspective, designing for the many.

By creating a stronger community of women who aren’t afraid to talk about business growth, financials, and competitive advantage, TNA is ensuring a more diverse and inclusive future.”

Module 2 (Accelerator Programme) and Module 3 (Venture Fund) will launch in January 2022 to complete the Strategic Programme Triangle. Overall, the Programme has sparked interest at national and international level, including a meeting between Carlsson, TNA Chair Stine Bosse and the Danish Minister for Employment and Equality to discuss Denmark’s approach to women entrepreneurship going forward.

But TNA’s ambitions span more than just Denmark. In Sweden, the Canada and Swedish Tech: Building Inclusive Transatlantic Relationships event in March kickstarted the country’s own synergy with Canadian industry and government.

“While this event was aimed more broadly at startup development, ideas sharing and international expansion opportunities for businesses, the women in tech agenda was very much at the heart of the day’s sessions,” said Barry O’Brien, who runs Tech Nordic Advocates Sweden.

“To broaden the women in tech conversation across two likeminded countries instead of one, presents a massive advantage looking forward.”

There is a similar hope and expectation to launch the international mentoring programme in Sweden, while talks are already in advanced stages for the same opportunity in Finland.

“The impact we’re making, and quickly, is incredibly positive and bodes well for implementing the Programme on a pan-Nordic scale,” Carlsson concluded. “Our partnership with Canada has been a big part of that initial drive as we learn more about their model and continue to liaise with their embassy.

“And it’s being noticed in the region, certainly, triggering interest from and discussions with Nordic Innovation’s task force for diversity – under the auspices of the Nordic Council of Ministers, with a view to taking the programme, and approach to accelerating women-intech entrepreneurship across the Nordics.