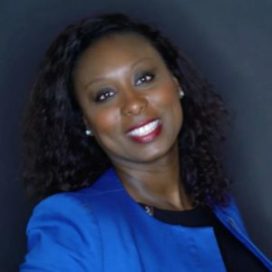 Find out about the technologies and sectors where Canada is a world leader. Discover new tech, and learn which are the most important to pay attention to!

Much like the world it inhabits, technology is always evolving. In the coming decade, Canada is poised to become a leader in multiple technologies. From the advancement of artificial intelligence (AI) to groundbreaking strides in healthcare and sustainable energy, three Toronto tech companies are at the forefront of several of the world’s emerging technological industries.

One of the most widely discussed movements in tech today is, of course, AI. The Vector Institute, an independent nonprofit, recently released their three-year plan to advance AI technology and cement Toronto as a leading centre for that technology. The plan details the Institute’s strategy to develop and implement artificial intelligence on a wider scale, become one of the world’s top ten AI research centres, and improve healthcare, business, and more.

With a focus on collaboration between industry, academia, and public institutions, the Vector Institute plans to educate and equip thousands of professionals with the knowledge and power of AI. By educating talent, developing artificial intelligence technology, and funding startups who do the same, the Institute is poised to change this emerging technological landscape across Canada and the world.

Canadian advancement doesn’t stop there. Of the many sectors that stand to benefit from artificial intelligence, healthcare is one of the most significant.

BlueRock Therapeutics is a biopharmaceutical company focused on stem cell research. In 2017, BlueRock expanded their operations in Toronto, opening their R&D hub in the MaRS Discovery District. Earlier this month, BlueRock announced a new Canadian trial in stem cell therapy combating Parkinson’s disease. The news of new Parkinson’s treatment coming out of Canada is exciting for obvious reasons. But what’s even more exciting is the thought that research trials like this one might benefit, in the future, from the work that Vector is doing in the very same city.

In addition to AI and healthcare, Toronto is leading the way in the development of cleantech.

Clear Blue Technologies brings clean power to the world. Founded in 2011, the company has provided renewable energy to 37 countries. Clear Blue uses a combination of solar technologies and cloud-based management to provide off-grid power that you can control, monitor, and manage remotely—via an app. With its recent impact in Africa, Clear Blue has become a global leader in the cleantech industry. And the company’s recent growth and intuitive approach to clean energy makes them a company to watch in the coming years.

It’s unclear just how Vector, BlueRock, and Clear Blue will change the tech industry in Canada and the world. But it is clear that artificial intelligence, and the ways it might intersect with other industries, shows promise; the evolution of healthcare could help us all live better and longer; and cleantech is already improving lives and enabling progress around the world. Canada is taking the initiative and claiming a spot as a global leader in emerging technologies. I invite you to pay attention to the evolution of those technologies and of Canada’s tech ecosystem.