Emerging Europe can help bridge the IT talent gap 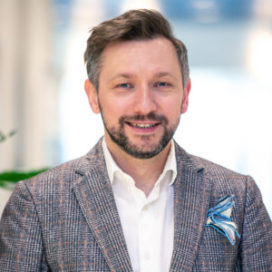 Tech ecosystems are growing across Emerging Europe. This article will put a spotlight on the companies and verticals driving that growth.

The survey, of 850 C-suite and human capital leaders in 17 markets across the world, found that 40 per cent of HR leaders continue to experience talent scarcity in IT.

In the recent Future of IT in emerging Europe report, we took a deep dive into the availability of tech talent across the 23 countries in the region and the competitiveness of their IT sectors. The results clearly showed that emerging Europe can help close that gap.

A relatively recent entrant onto the business services scene, the countries of emerging Europe have garnered a reputation for producing high value services through a skilled labour force that operates at consistently high rates of conscientiousness with a diligent work-ethic, and with high levels of English fluency – qualities that objectively appeal to many nations in the Western world.

Even though Ukraine’s ICT cohort is the region’s second highest and the country is home to the region’s largest number of global IT companies (according to the 2021 IAOP Global Outsourcing 100), the number of ICT specialists per 100,000 population is emerging Europe’s fifth lowest. In 2019, however, Ukraine had almost 106,500 IT students and 28,300 IT graduates, which is 35 per cent and 28 per cent of the region’s total respectively, which creates a strong foundation for the sector’s future development.

Hungary scored the highest in the talent component of the IT Competitiveness Index included in the report, due to the highest annual increase in the number of IT students, IT graduates, IT students per capita and IT graduates per capita, as well as leading positions in the English Proficiency Index and the International Mathematical Olympiad.

In the IT talent component, Hungary is followed by Serbia, Poland, Ukraine, and Albania.

Albania is ranked the highest in terms of the number of IT graduates per capita – 81 per 100,000 people in 2018 – and is expected to rise going forward. It also has highly competitive average salaries in IT (651 euros).

Poland is home to the most competitive IT sector of all 23 countries of Central and Eastern Europe. While Hungary and Serbia perform better in terms of talent, and Estonia, Lithuania, Czechia, Slovenia and Latvia rank better when it comes to the business climate, Poland’s overall score of 61.40 is more than three points higher than second placed Estonia, on 58.13. Czechia, Hungary and Romania complete the top five in the Emerging Europe IT Competitiveness Index.

Two-thirds of IT value added in the region is created by five emerging Europe countries: Poland, Ukraine, Romania, Czechia and Hungary. The development of the IT sector as seen by value added and exports is the highest in Poland, followed by Czechia, Estonia, Romania, and Hungary. At the same time, there are three countries with more than six per cent of IT value added in the GDP – Estonia, Bulgaria, and Belarus – and two countries with less than two per cent – Azerbaijan and Kosovo.

In the constant search for talent, investors and buyers of IT services regularly seek help to navigate the region and select the best location in which to work or relocate to. We also want our governments which see the sector as a driver of their economies to understand how to improve the ecosystem, help it grow even further and strengthen its position as a reliable tech talent provider.

The emerging Europe region may not yet be of the size and scale of India as an outsourcing delivery destination, but it has emerged as an IT powerhouse over the last two decades and is catching up quickly. With over 3.7 million individuals employed in the ICT sector, almost twice as many as in Eastern Europe, India is unarguably the largest player in the sector globally. However, when we look at the number of IT employees per 100,000 inhabitants, emerging Europe’s numbers are four times higher. In countries like Estonia, it is nine times higher.